We're working on our site. Don't be alarmed if things are temporarily out of place. Our new design should be completed shortly. Thank you!

The INPS Rare Plant List is an important resource as the central compilation of rare plants for the entire state. It is the basis for most agency sensitive/special status rare plant lists that guide management on public lands.

The INPS Rare Plant List becomes the list of plants tracked by the “State Heritage Program” — Idaho Fish & Game’s Idaho Fish and Wildlife Information System (IFWIS) — the primary database for spatial information and population and habitat conditions for rare plants. It allows various entities a common reference for what plants are considered rare in Idaho, and can be helpful for prioritizing conservation efforts. 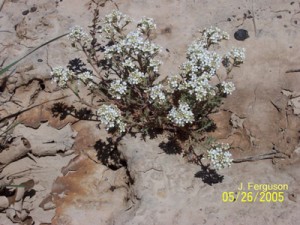 The INPS Rare Plant List is the result of field studies and observations made by professional and amateur botanists throughout the state. New information about these species is presented and discussed at Regional Rare Plant Working Group (RPWG) meetings to assess their status. The results of the RPWG meetings are then shared and ratified at the Rare Plant Conference (RPC), which is held every other year. The methods used at the RPWG meetings are presented below.

These were compiled using former methods